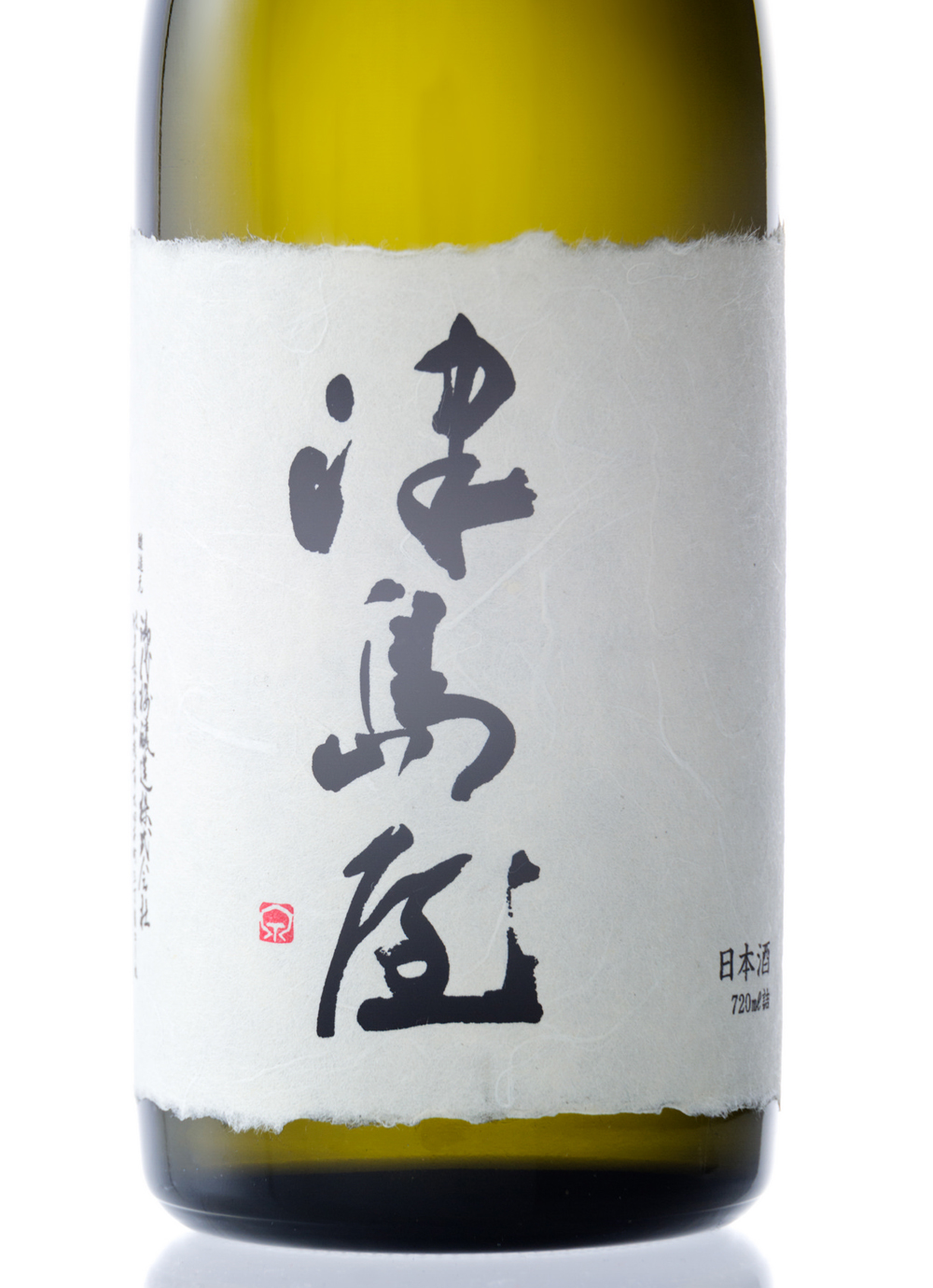 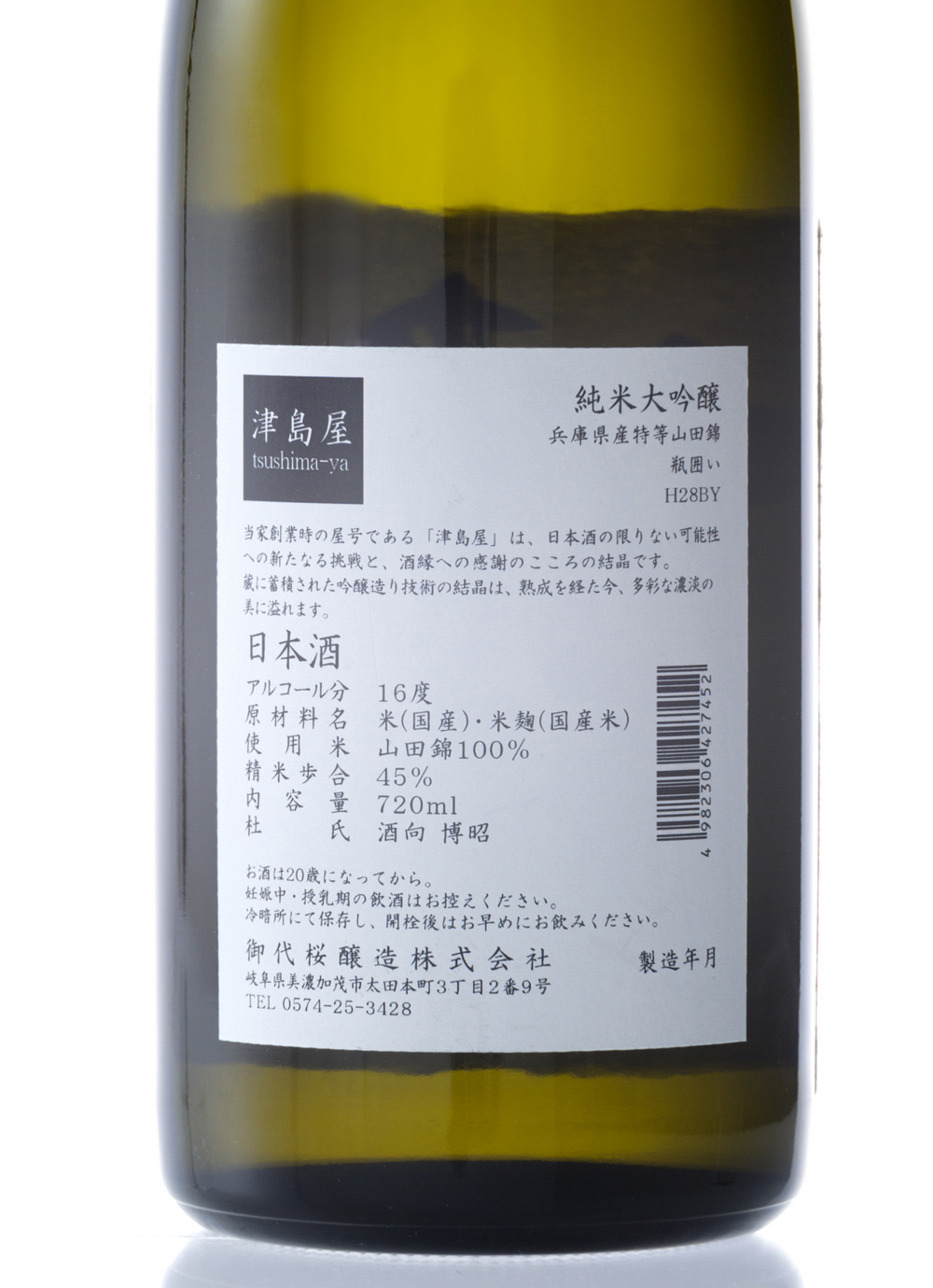 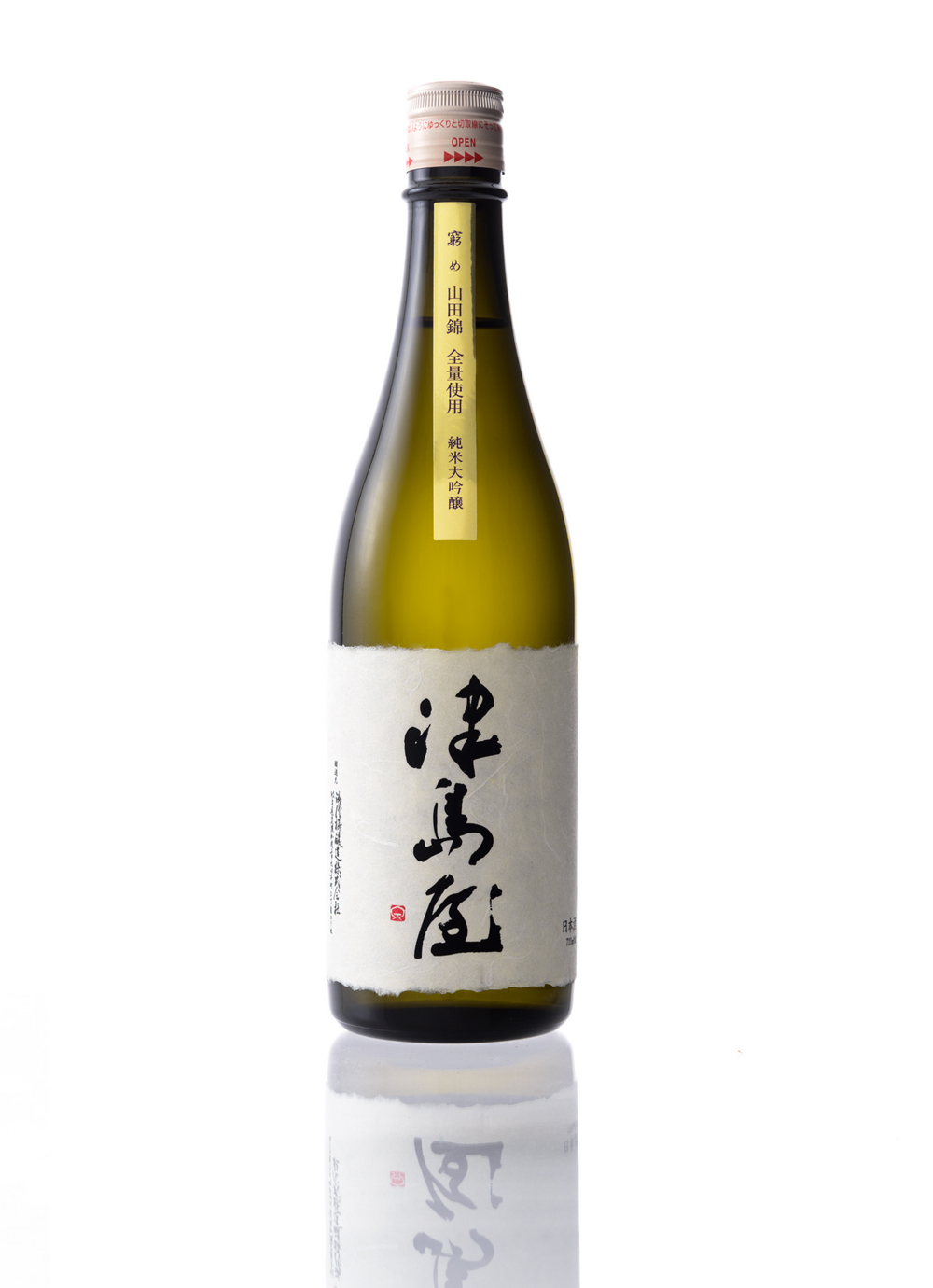 Minokamo City, in Gifu Prefecture – where this brewery is located – once prospered as a post-town along the Nakasendo thoroughfare during the Edo Period, under the name Ota Juku. After relocating there from Tsushima, Aichi Prefecture, an ancestor of the brewery founder established a tea and dumpling house called Tsushimaya, but it wasn’t until 1898 that a brewing arm was added to the business. Since then, it has garnered more than 120 years of recognition for its Miyo Zakura label – translating to ‘The Japanese Spirit’ – while a previous Chief Operator also gained acclaim as Mayor of Minokamo City. Harking back to a desire to provide nourishment and healing – as they had done through tea and dumplings – they launched the new Tsushimaya label in 2012, refurbishing the brewery with a new rice washing machine in the middle of 2016, showing their commitment to pursuing quality and consistency.

Using rice from Hyogo Prefecture, this daiginjo-grade sake in the junmai style pushes Yamada Nishiki to its limits with a 45% polish rate on the grain, leaving it to brew in a small tank under the coldest conditions, before undergoing bottling, a single pasteurization, and further maturation at 10℃. The result is a brilliant but delicate, aroma of fruits and superbly sculpted body. Thoroughly deserving of the name Kiwame – or ‘Pinnacle’.