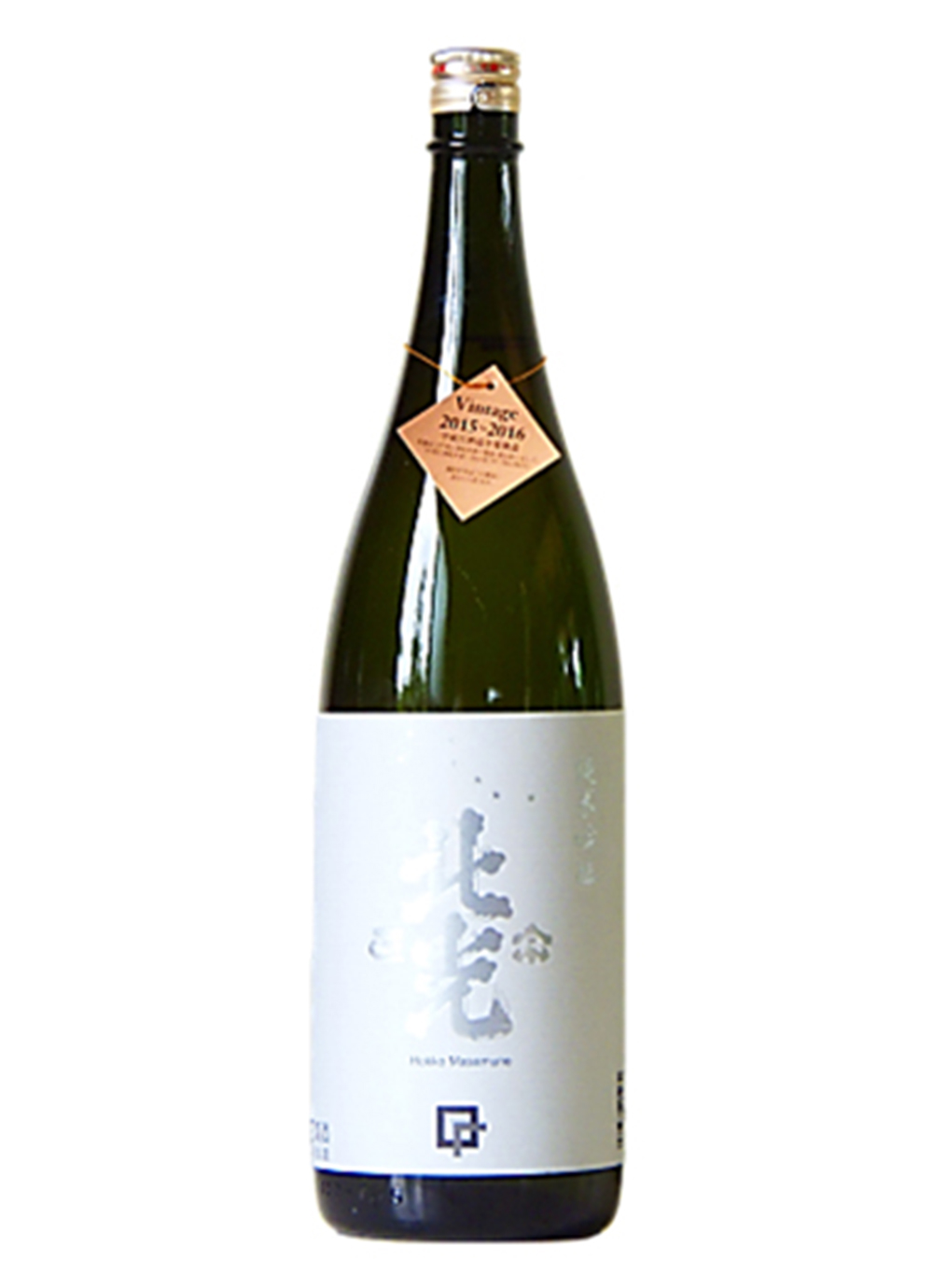 Founded in 1869, this brewery is situated on the northern fringe of Iiyama City, close to the border of Nagano and nearby Niigata Prefectures. Despite the heavy snow that falls in this region – often in drifts up to three meters – which generally gives locals the taste for sweeter styles, people here have traditionally sought lighter, sharper, and more flavorsome sake.
Arising from the ethos that “truly good sake must be embraced by the local people”, Hokkomasamune has continually satisfied both those in the surrounding area and others from further afield for generations, and now serves a worldwide group of devotees. Taking its name from the seven stars of the constellation known as ‘The Plough’ or ‘The Big Dipper’ in English, this brewery uses spring water drawn from Nabekura Mountain, which is famous for its Beech forests and surrounding areas suited to cultivating a wide range of sake rice variants, such as Kinmon Nishiki, Miyama Nishiki, Hitogokochi, and Shirakaba Nishiki, which give rise to a sharp, refined quality that honors the Masamune name – notably shared by the greatest swordsmith in Japanese history.
Head Brewer Yuya Matsumura is the sixth to occupy the role, having graduated from the School of Brewing and Fermentation at the Tokyo University of Agriculture, and thereafter being put in charge of brewery workers ranging from a mere 25 years of age – which was closer to his own at the time – through to others up to 60. “It was really difficult then, because I was lacking a clear sense of direction”, Matsumura assures us with a smile, but his eyes betray the confidence and determination of someone who has endured many trials.

Cultivated exclusively in Nagano Prefecture, the Kinmon Nishiki rice variety is rare in sake production, due to its scarcity and the resulting premium price. This particular incarnation uses rice from Kijimadiara – the homeland of the variety – and expresses its qualities through the lens of the distinctive Hokkomasamune approach. A delicate pineapple aroma leads into a subtle but rich, savory backbone – in which the Kinmon Nishiki asserts the complex body and flavorsome character – before a clean and graceful denouement.