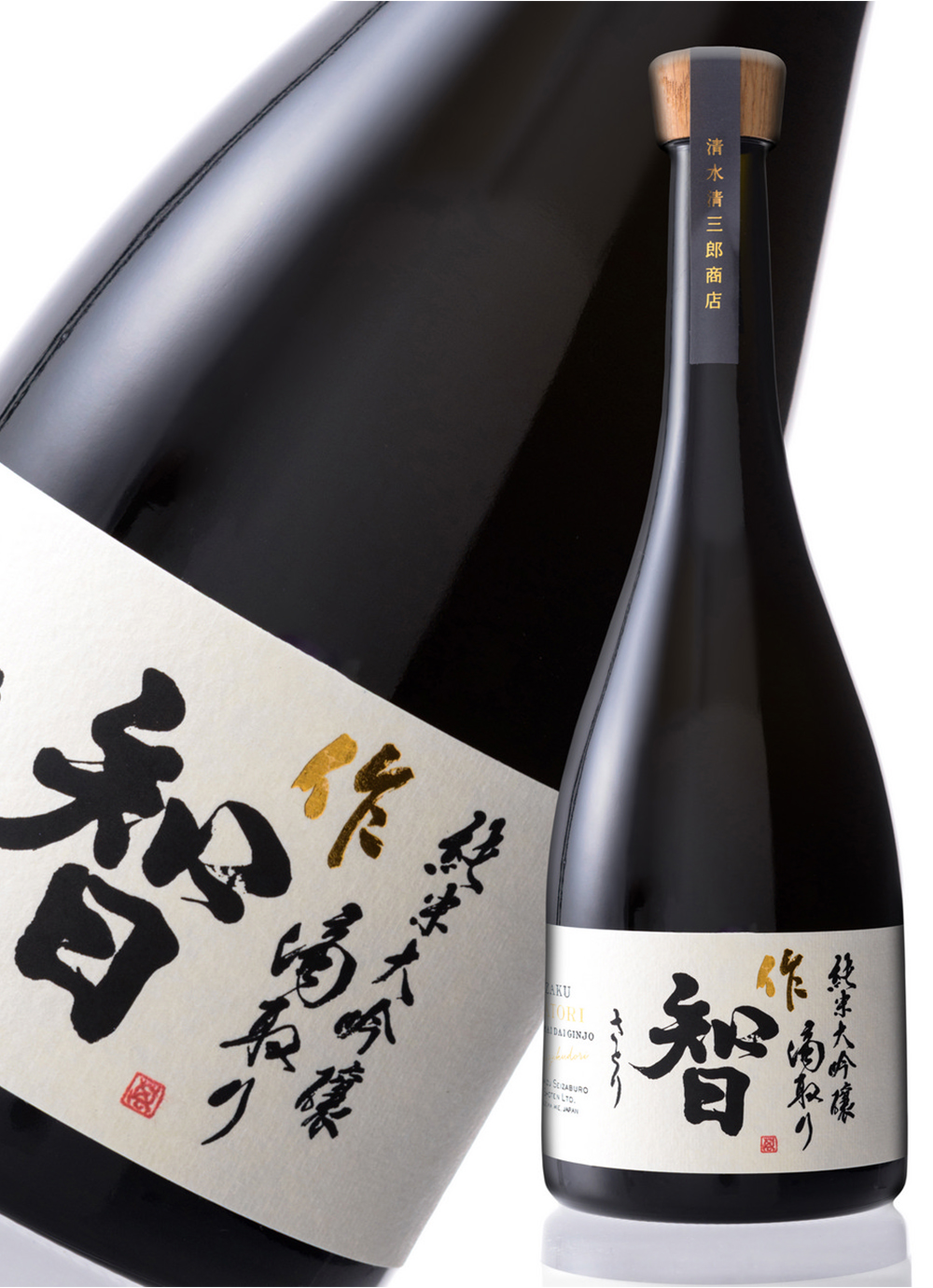 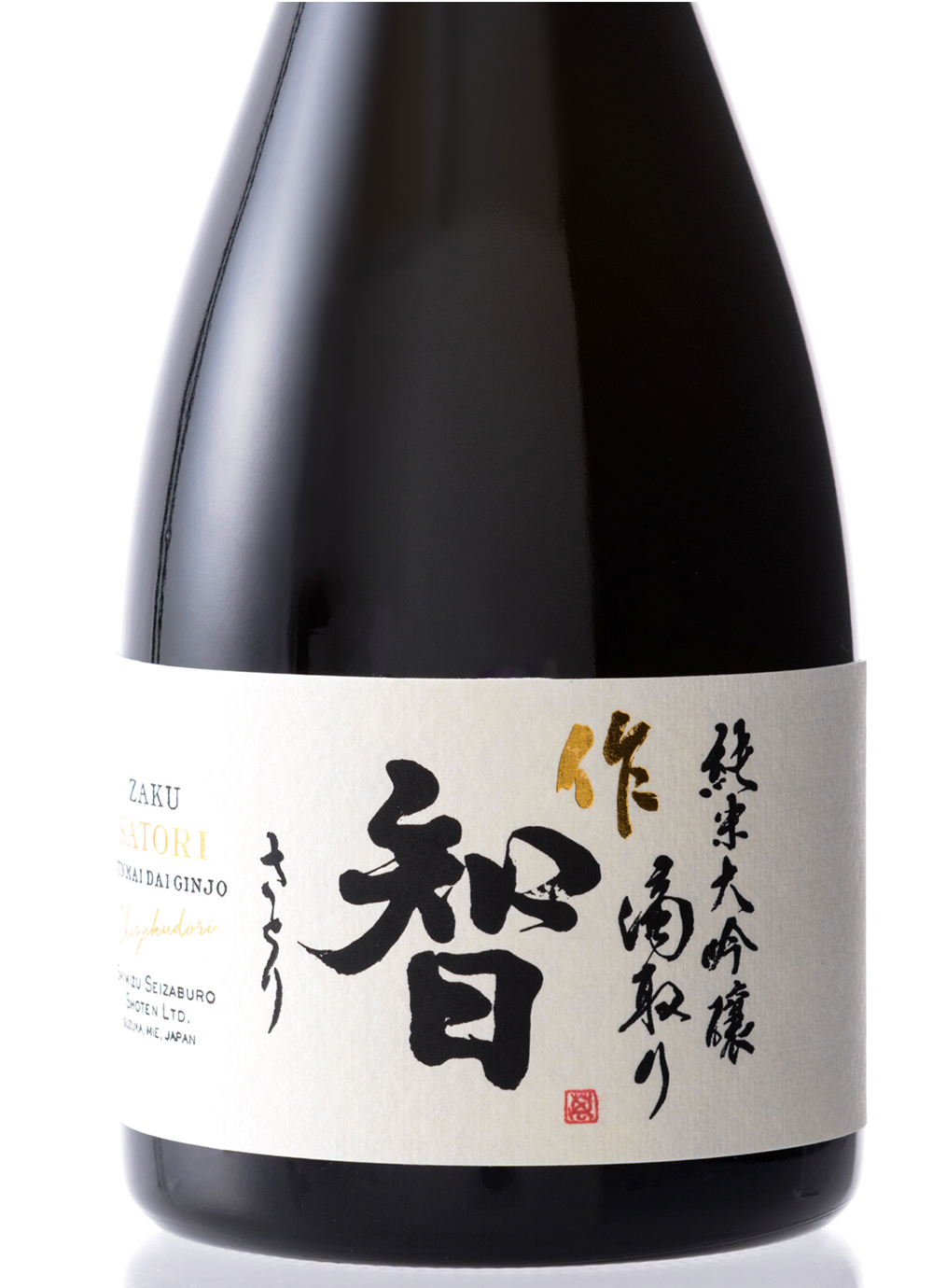 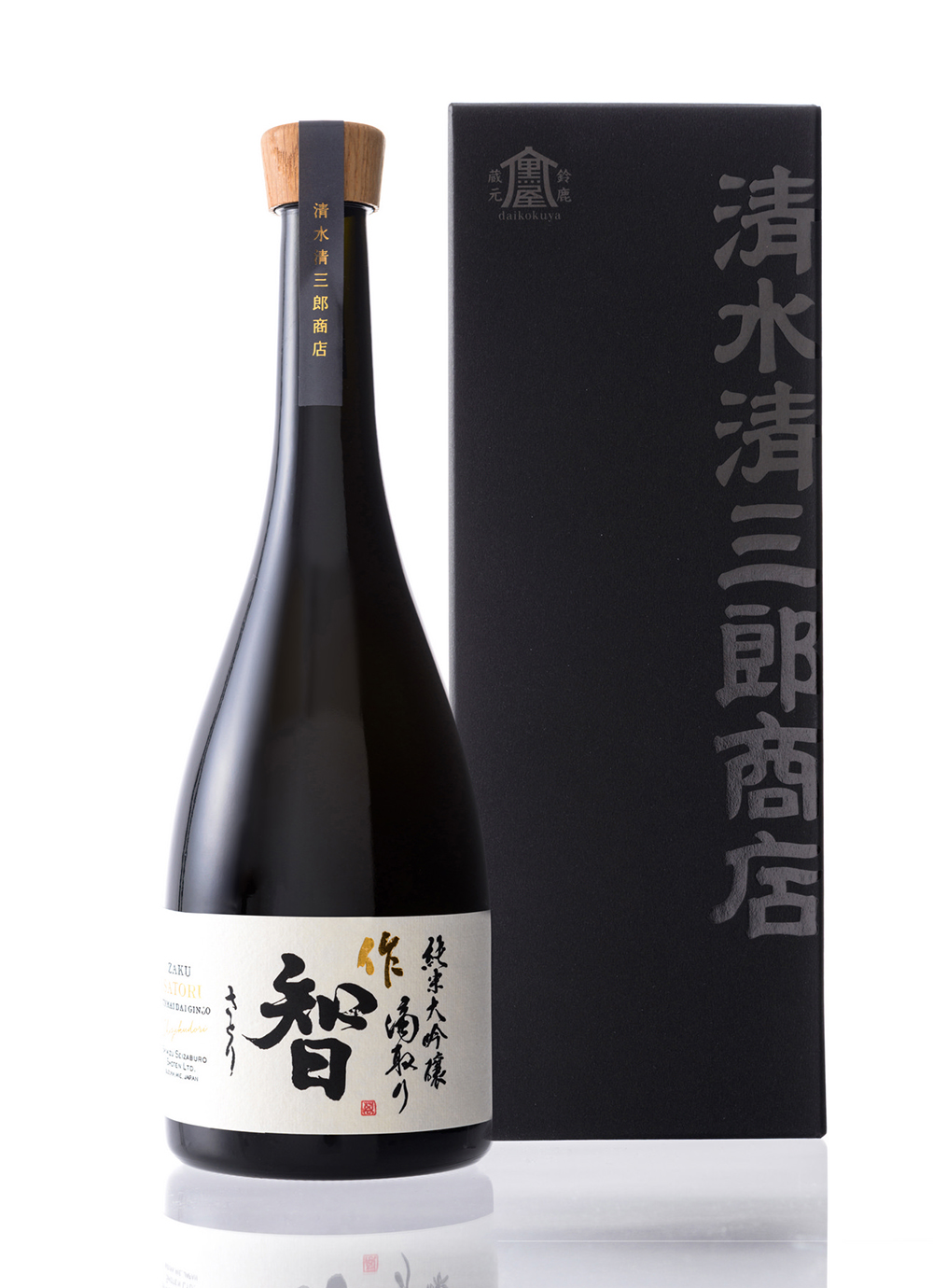 Because of the brewer’s thought “The value of sake is made by all people related from the time of independence from brewery to mouths of drinkers.” , this sake was named “Zaku”, which means creating. “Miyabi” means to be elegant and graceful. “Satori”, the name of Kanji from Toji Mr. Tomohiro Uchiyama.

With a pressing method, the primary mash – moromi – is bagged and suspended, thereby relying on the force of gravity alone to act as a press, and yielding a small volume of exceptional quality sake. With a polish rate of 40%, this is the premium incarnation of Zaku. Both aroma and flavor are lavish yet abound with a sense of clarity. Featured as the toast at the G7 summit in Ise-Shima, 2016.