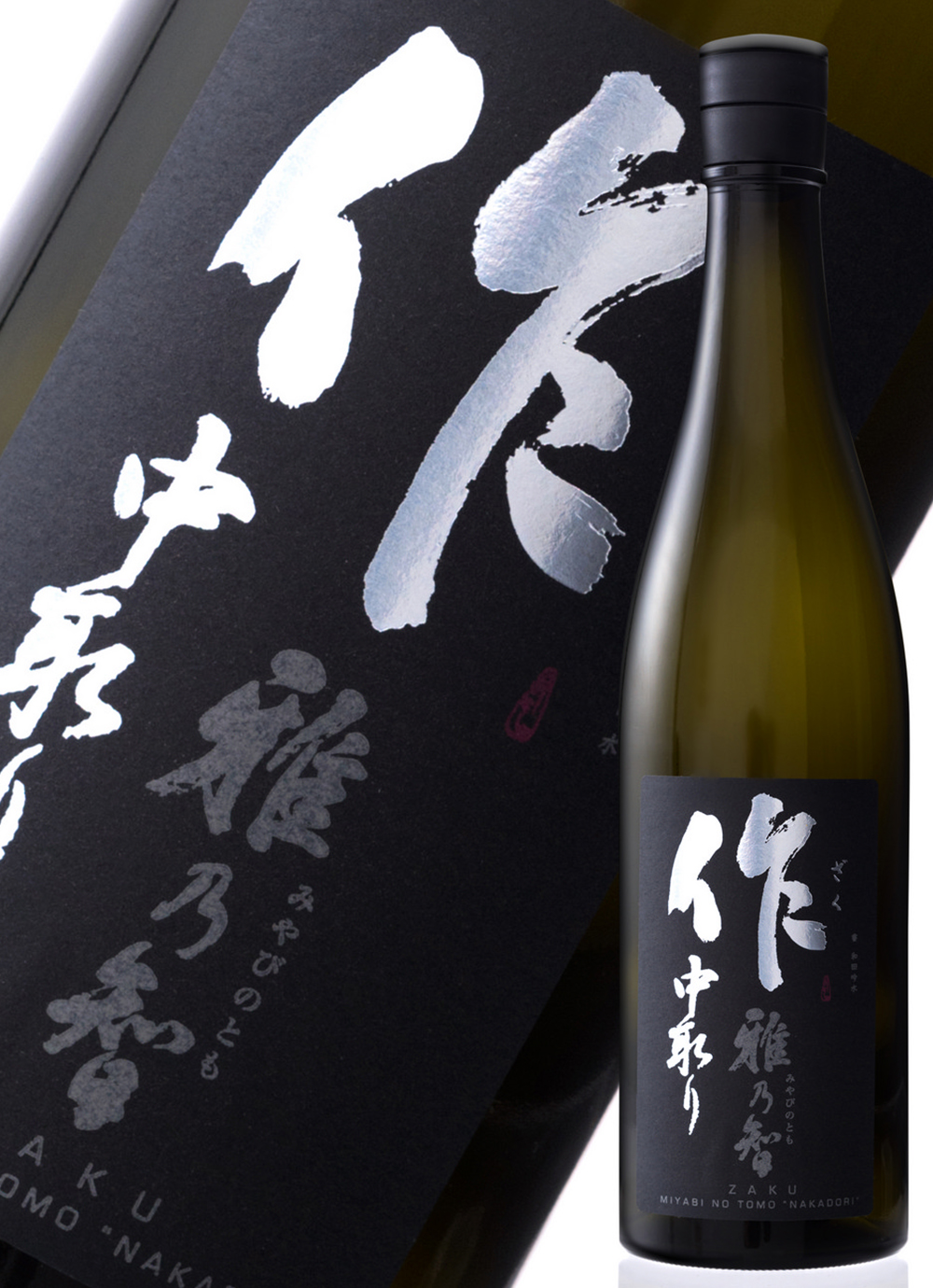 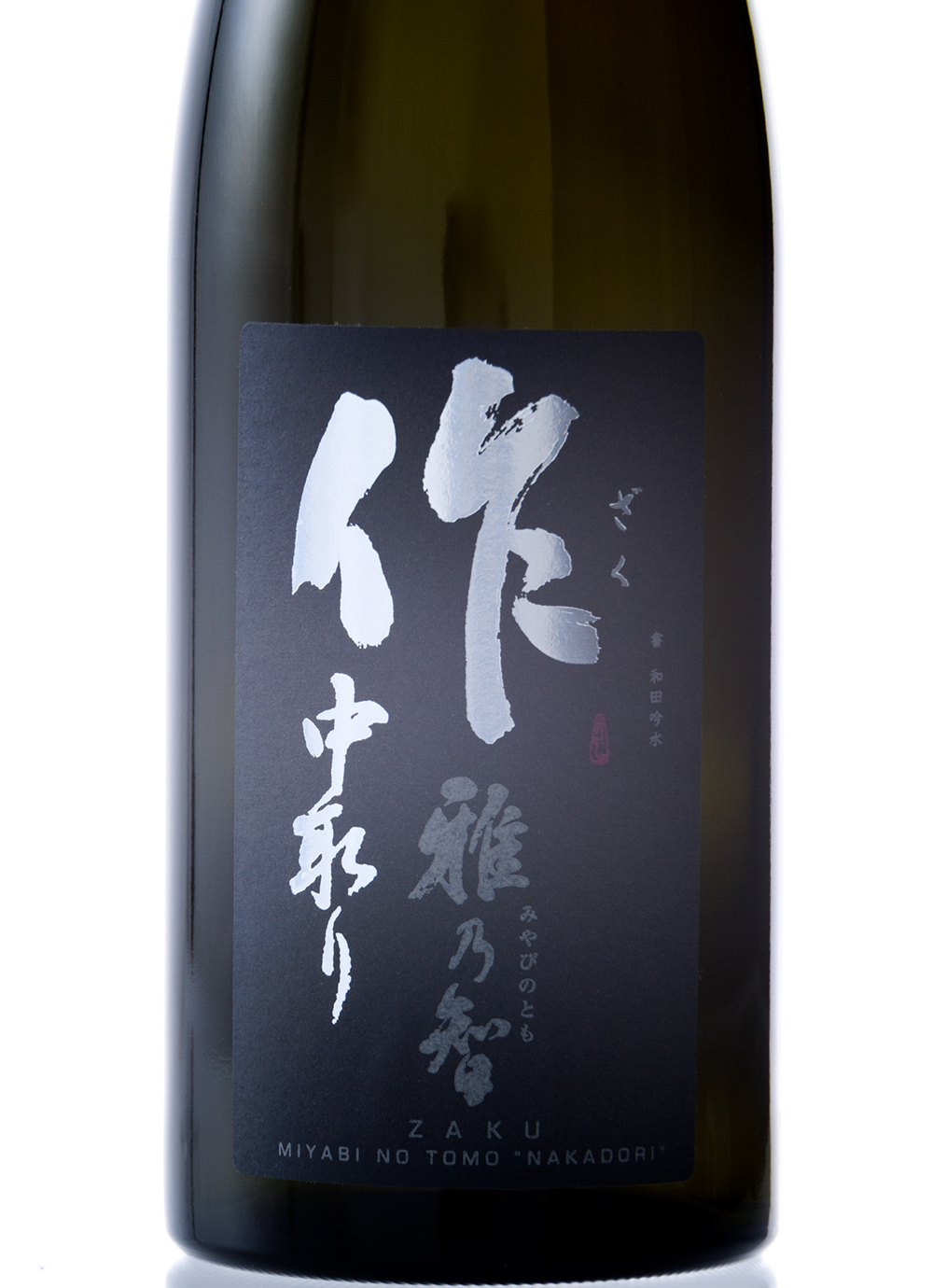 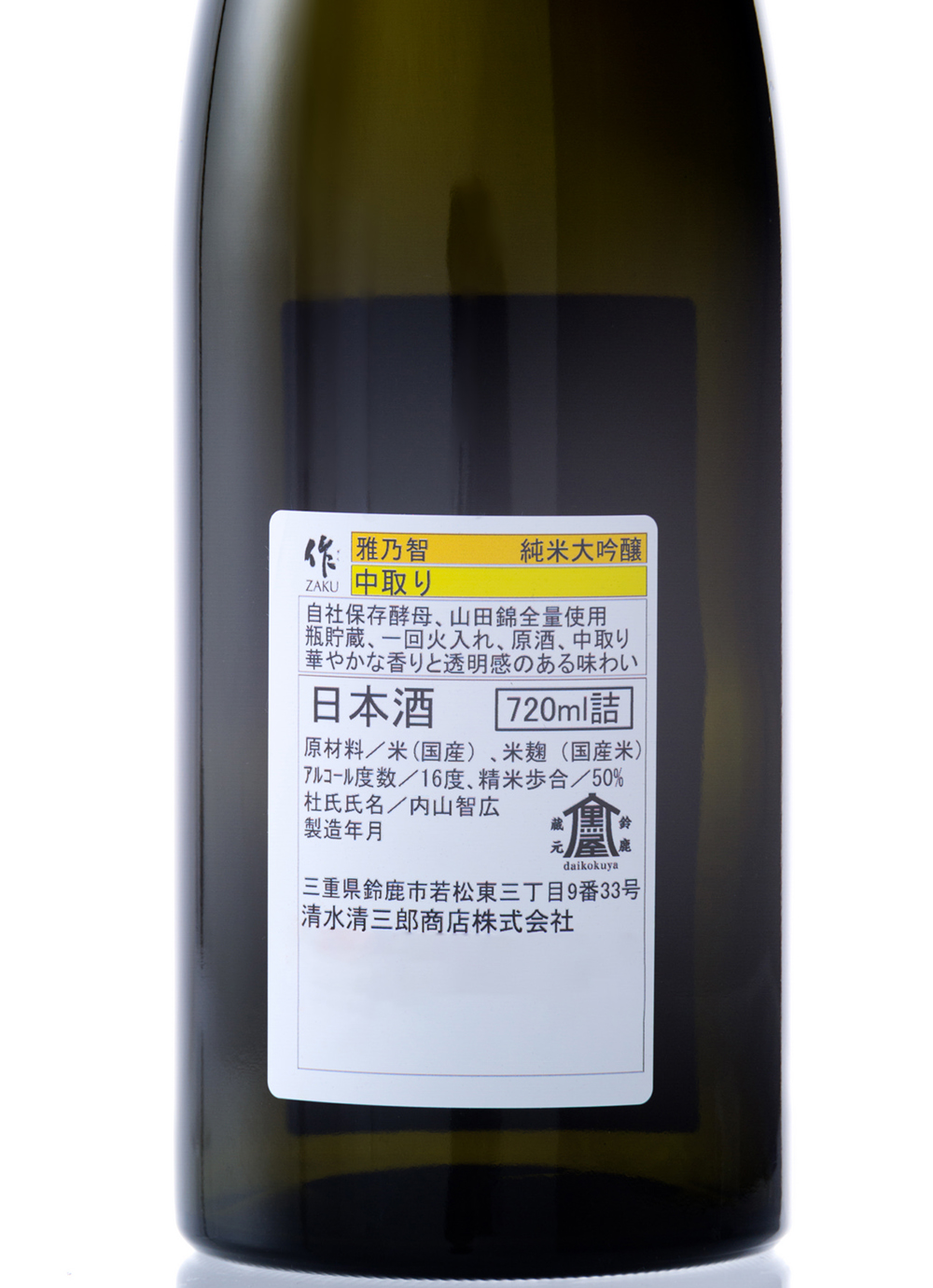 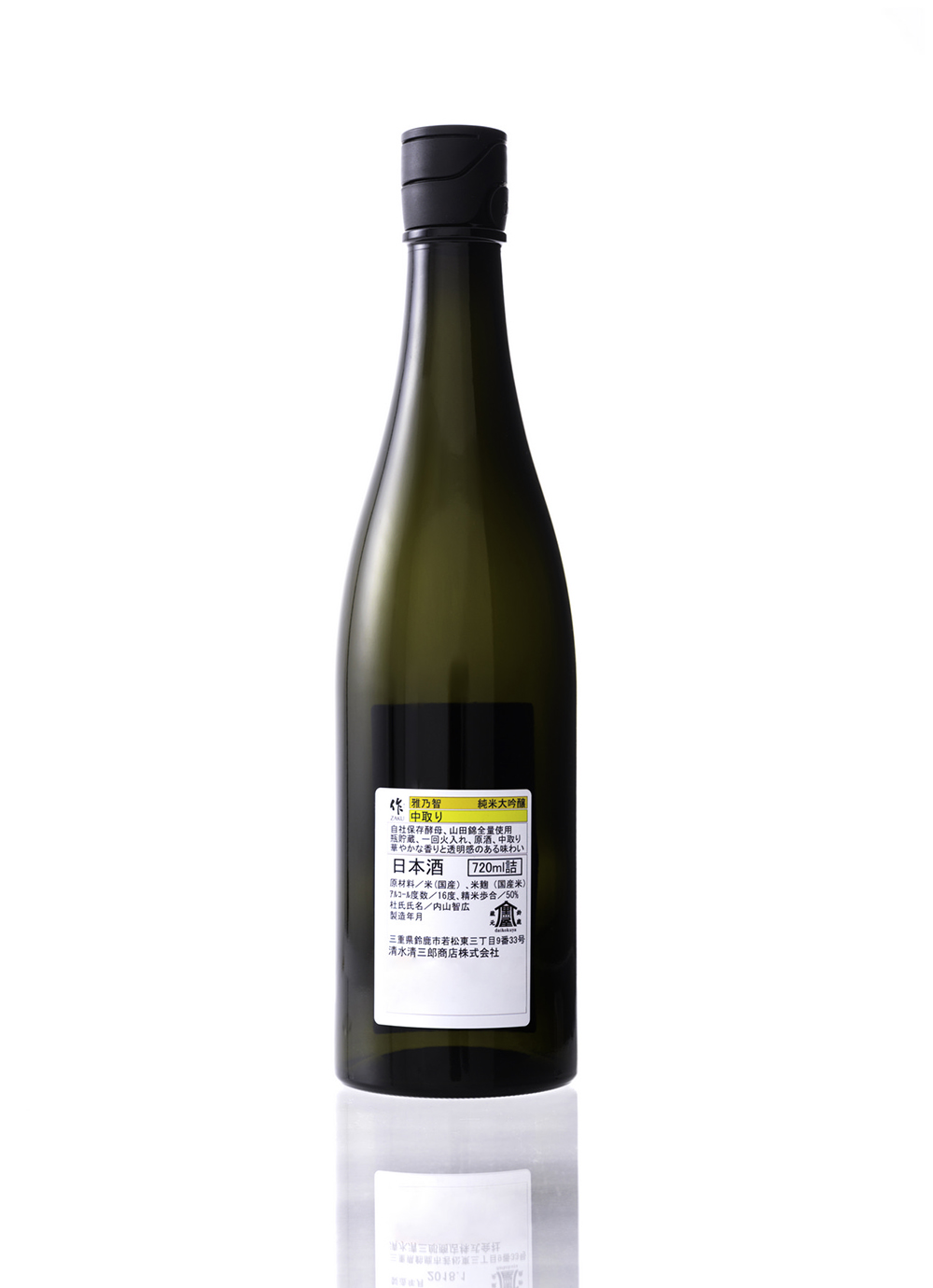 According to the driving philosophy of Head Brewer Tomohiro Uchiyama, “The value of a sake is a cumulative process, contributed to at every step along the path from brewery to the drinker”. Of the three symbols featured in the branding, Zaku refers to ‘Creation’, and Miyabi to ‘Elegance’ or ‘Grace’, with Satori deriving from the name of the Head Brewer.

A Within sake production, three terms are used to distinguish between stages in the pressing process: Arabashiri for the first portions, and Seme for the last, leaving Nakadori to refer to the most pure and prized portion drawn off during the height. Presenting a luscious ginjo-style aroma, mellow and elegant sweetness, and a glossy texture that permeates through the whole length, it seems to bring time to a stand-still. Delicate and refined to the utmost.