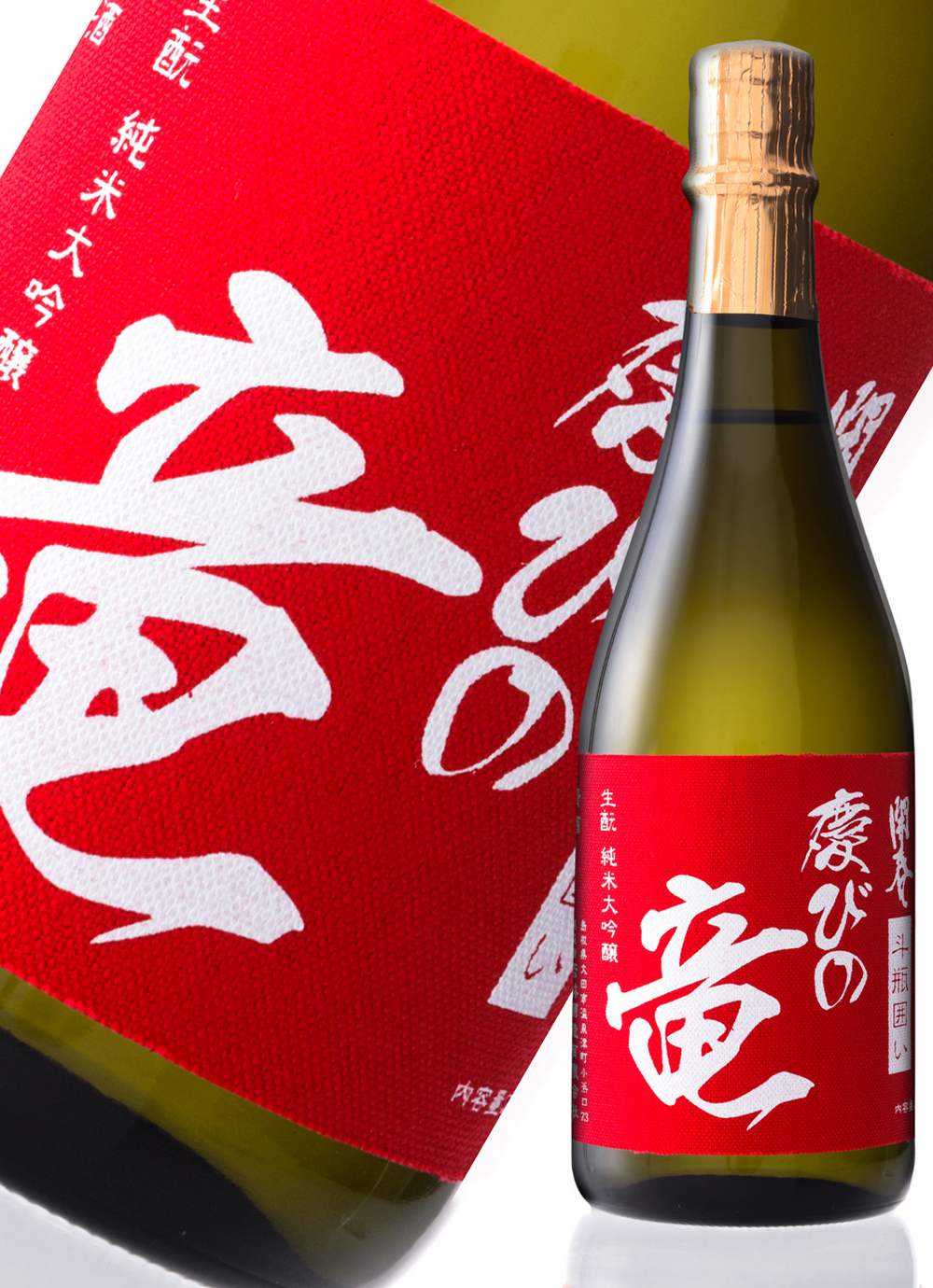 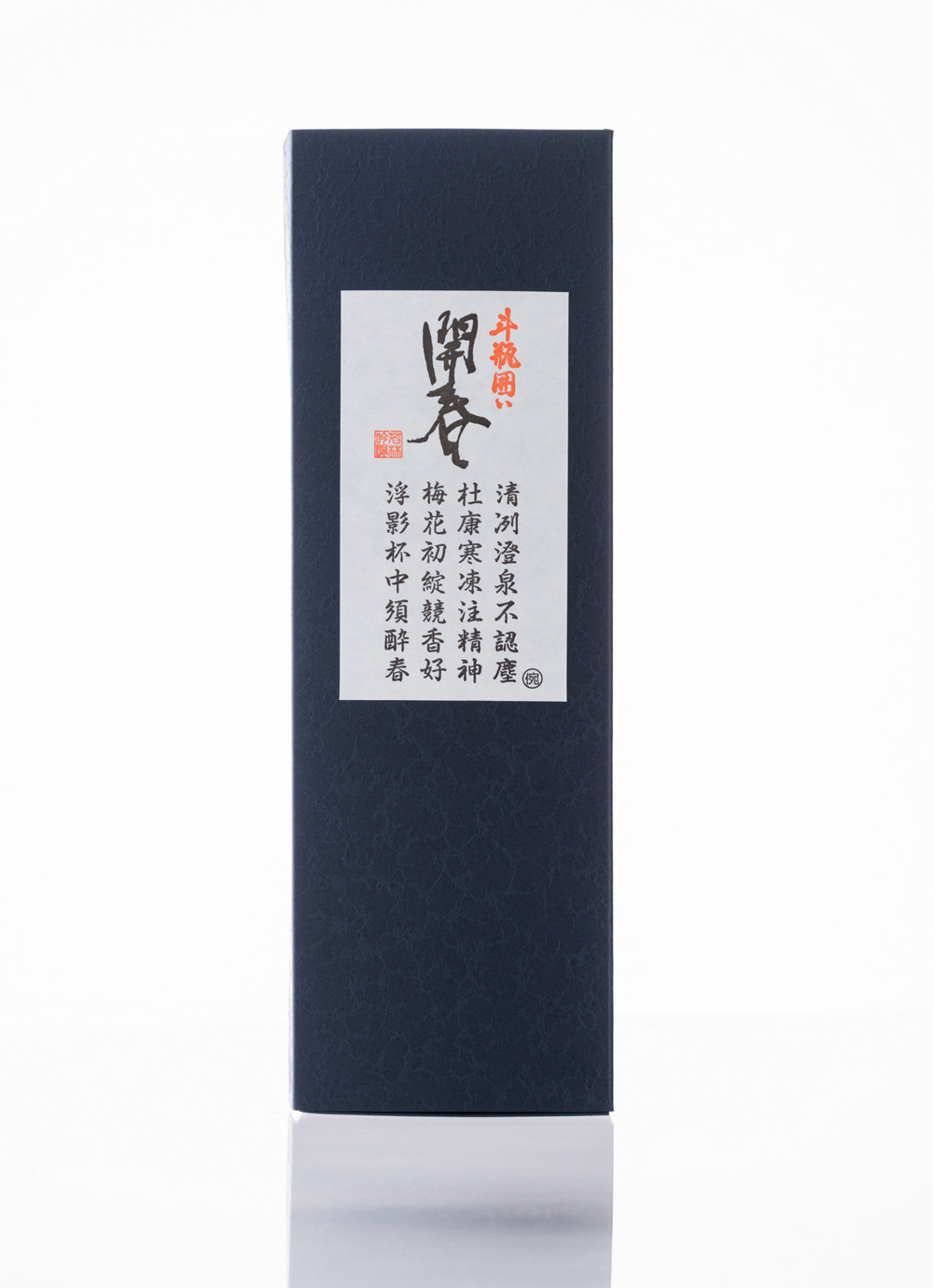 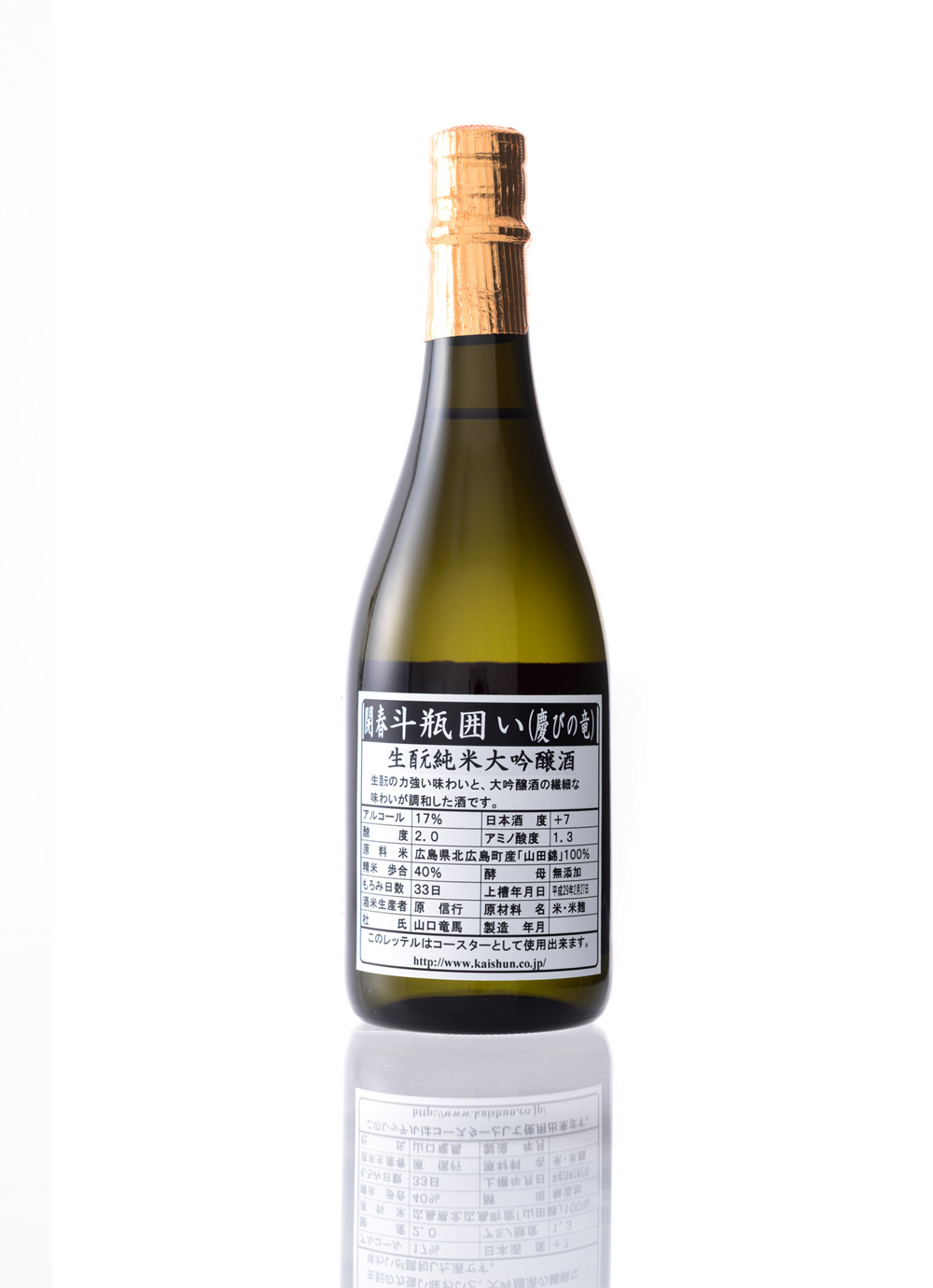 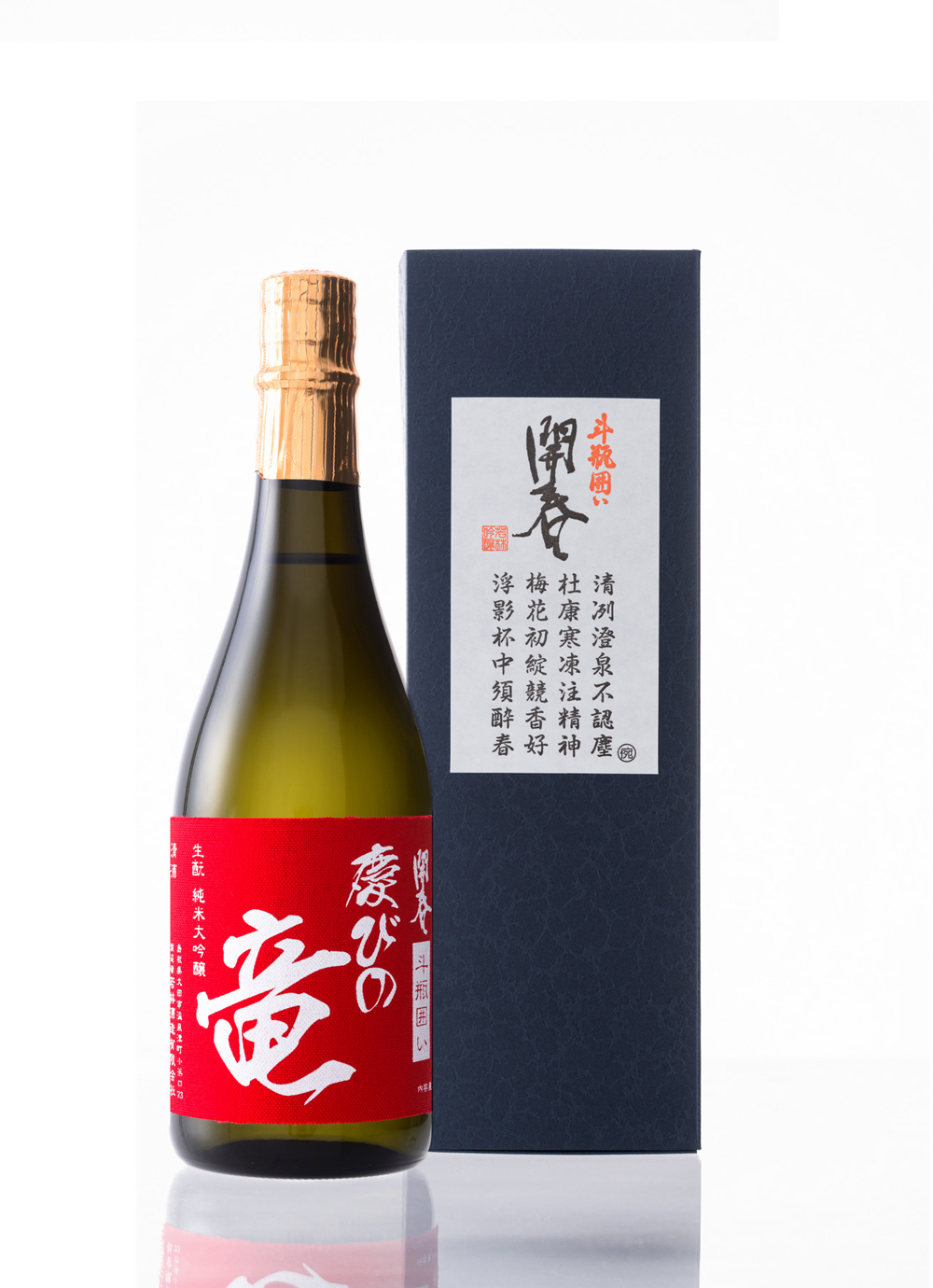 Located near Yunotsu Onsen, a famed hot spring town at the foot of the World-Heritage-listed Iwami Ginzan Silver Mine, this producer benefits from the distinctive approach taken by Head Brewer Ryoma Yamaguchi. A father of three, he applies the same methods of nurturing to his creative children as he does to the actual ones, emphasizing imagination and a rule-of-thumb rather than excessive reliance on theory or quantified data. The resulting sake is similarly free and easy-going, with a wild heart.
Reflected in the motif of the crescent moon on each label is a belief that something should be lacking, in order to provide something to strive for. This applies both to the never-ending quest to improve the sake itself and a belief that it should also leave room for cuisine to complement and perfect its qualities.

Demonstrating a slavish dedication to the brewing craft, this sake employs the most traditional and laborious kimoto method, which promotes natural interaction and competition between any strains of yeast and micro-organisms in the surrounding area. Without a reliance on cultivating certain strains, this creates to a unique micro-ecosystem in the brewery, and one which is ever-evolving according to its own forms of natural selection. Furthermore, pressing is done entirely by the force of gravity on a suspended mash, without any mechanical pressure – similar to the highest grades of Tokaji wine – leading to small yields of exceptional quality.
A testament to such care in production, the finished sake presents an aroma reminiscent of mild yoghurt and a similarly smooth, velvet mouthfeel, giving way to rich body and particularly clean, crisp acidity. Like a stone dropped into a pond, ripples of savoriness repeat on the palate, before calming and dissipating.