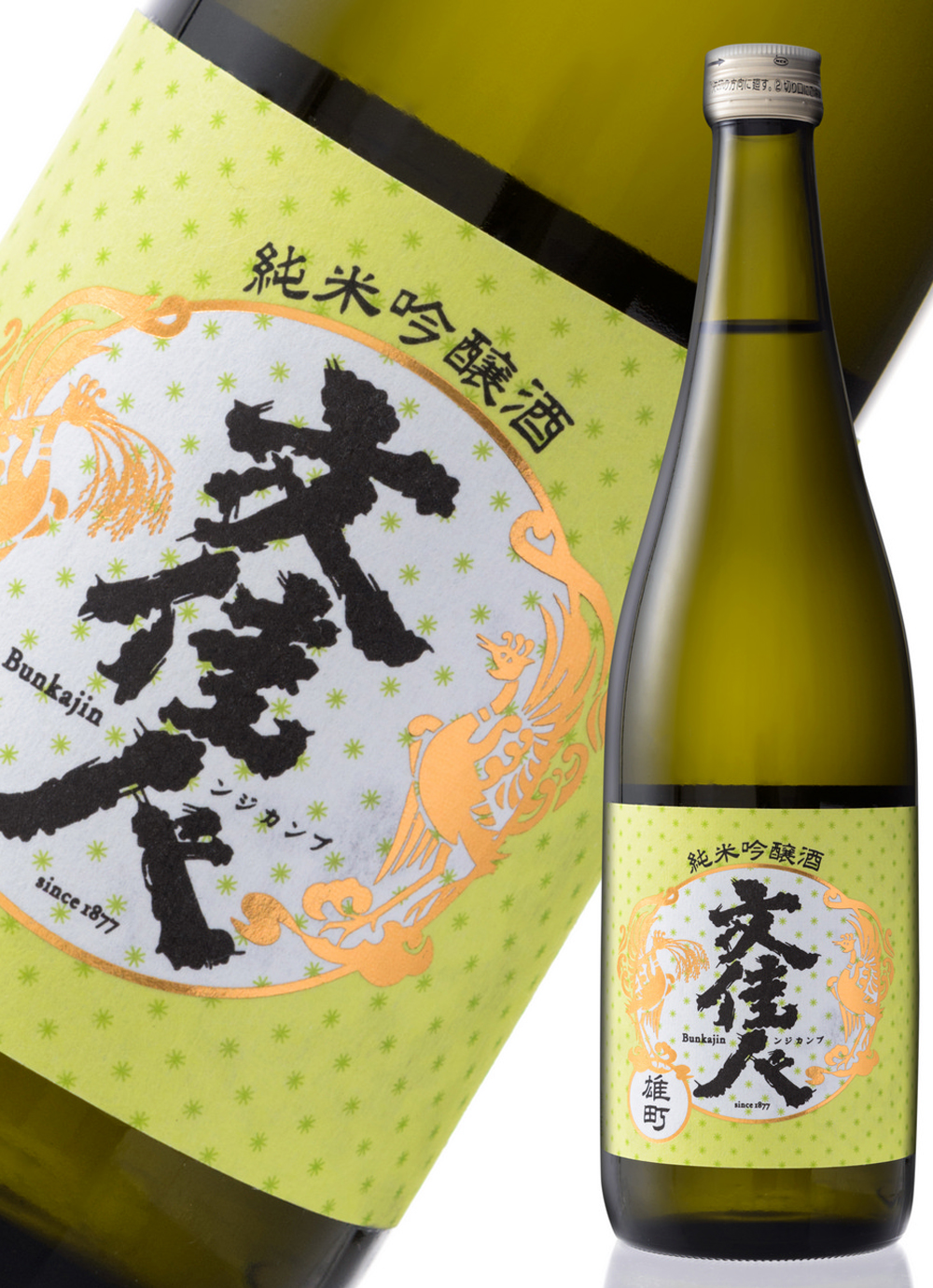 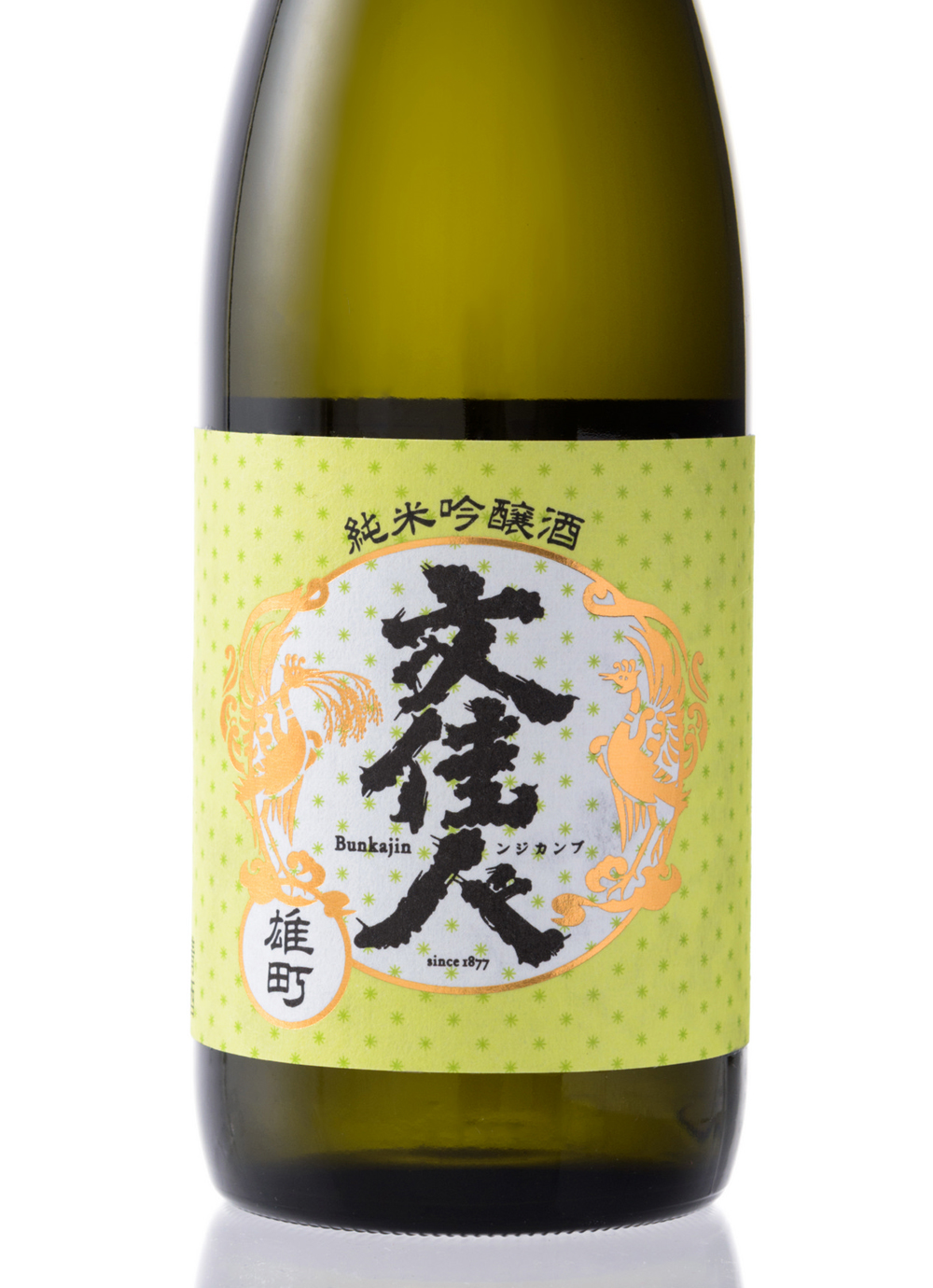 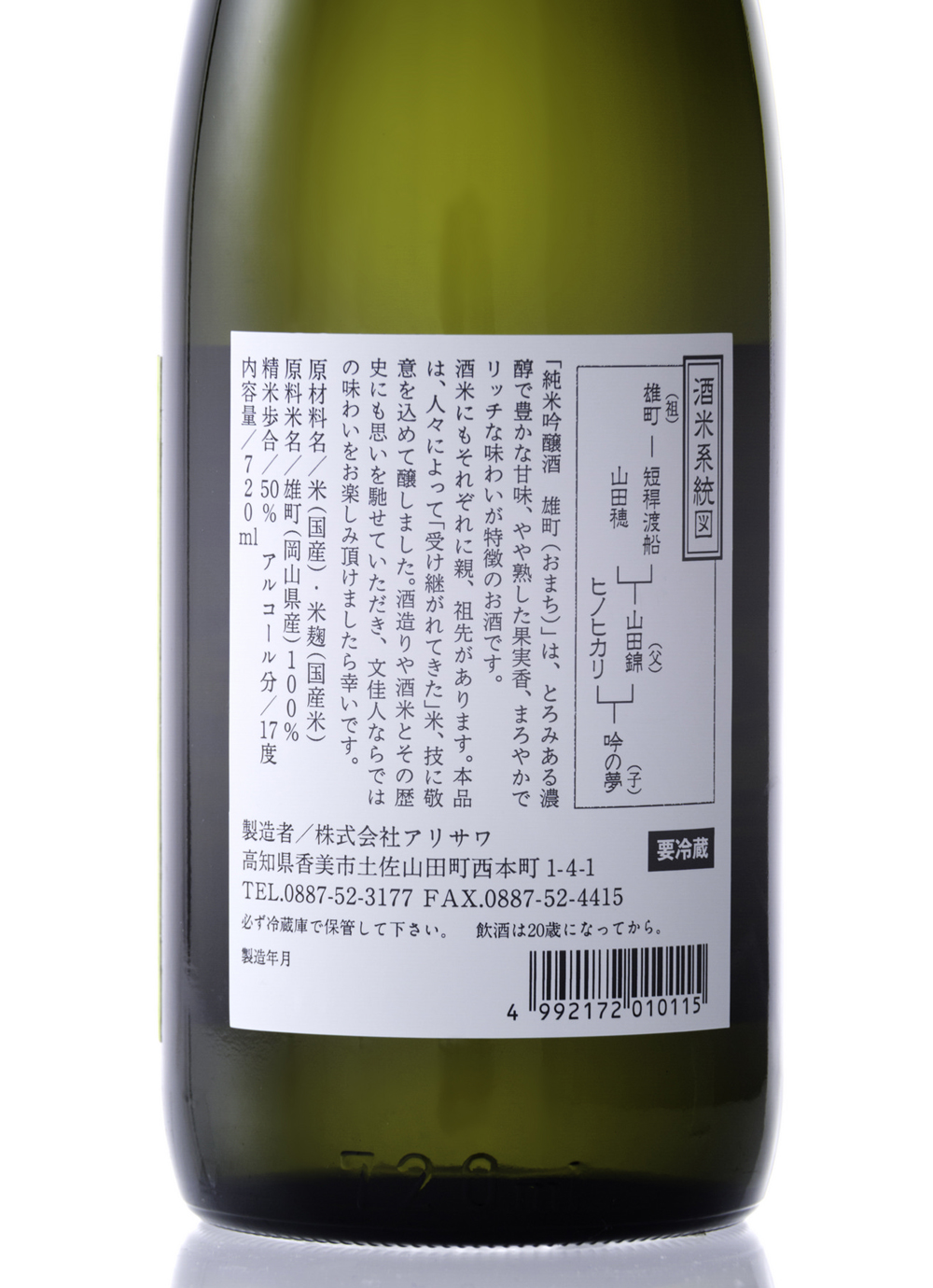 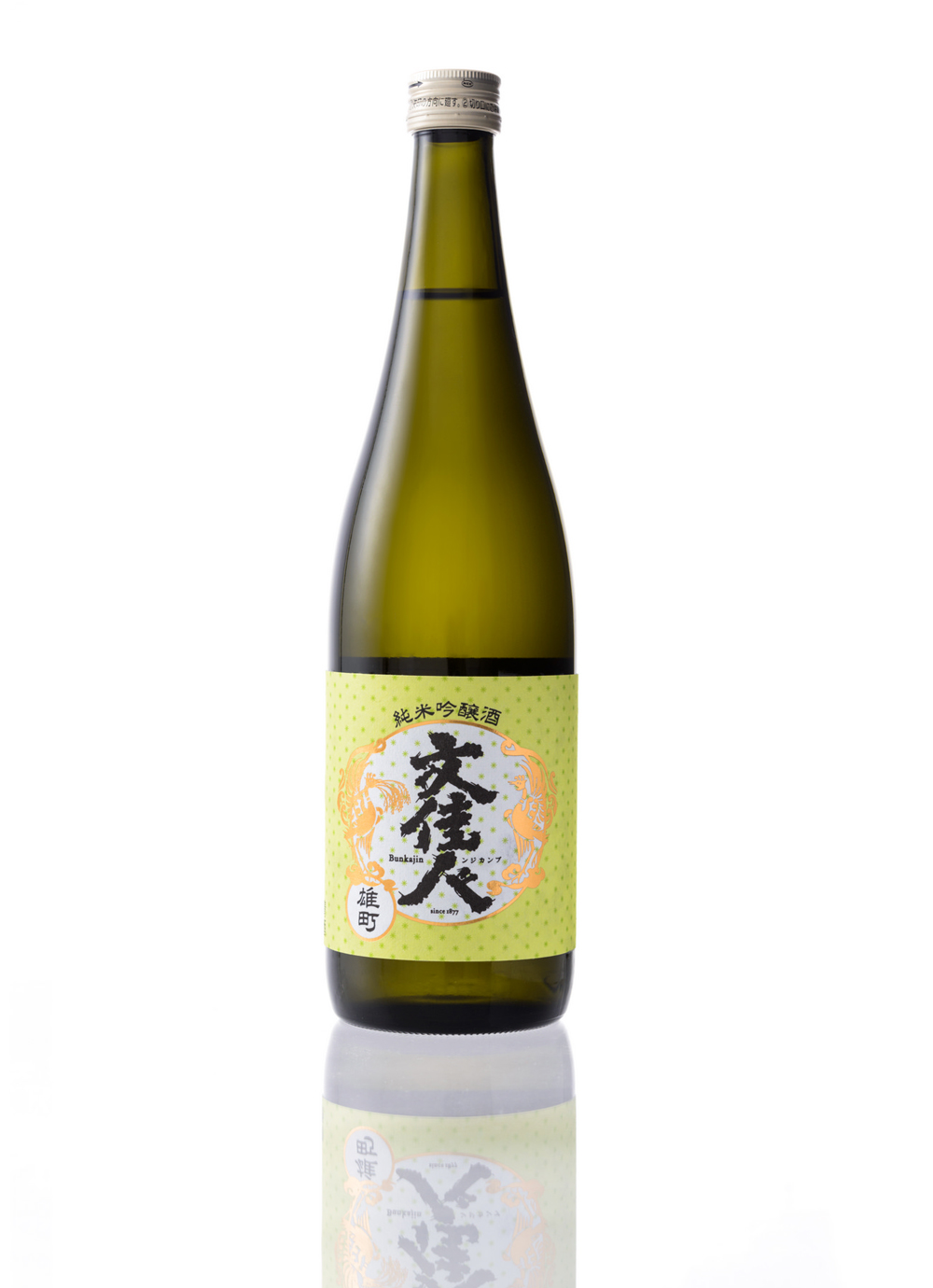 Founded in 1877, this brewery is located in Tosayamada-cho, Kami City, in regional Kochi Prefecture – an historical commercial hub. The current Head Brewer, Kosuke Arisawa, is the fifth to occupy the role, and takes a hands-on approach to the production process along with his wife. This dedication has resulted in a long list of accolades, including successive gold medals at the National Research Institute of Brewing, and top placing in the new Shikoku regional competition.
Central to this success has been an approach which stresses a steady pace in the stages leading up to pressing, and doing nothing to interfere with the product afterward. The process is done with a traditional fune-style press, after which bottling takes place without pasteurization, before being cellered at near-freezing point. In so doing, the essential character of the sake is preserved.

The name “Bunkajin” refers to a beautiful and sophisticated woman of letters, skilled in the arts of calligraphy, poetry, and all manner of scholarly wisdom. It was coined as the name of the second label to commemorate one Oen-san, who strove to become a doctor when her father became confined from a fall, occurring when she was just 4 years of age.

Establishing a new foundation, overlaid with the tropical character typical of Ginjo grade sake, the “Bunkajin” Junmai Ginjo is one of three masterpieces of that style offered by this producer. With the other two making use of the Yamada Nishiki and Gin no Yume rice varieties, this limited edition uses Omachi rice exclusively. Being the oldest and most primitive rice strain grown in Japan, Omachi presents a technical challenge that all sake brewers wish to face at least – and, owing to the difficulty, perhaps only – once in their career. The rich body is immediately apparent, following quickly by acidity, before settling into a decadent and beguiling finish.